They’ve been out for a while graphics cards on AliExpress, regardless of model and brand, which is a bit special because they are so cheap. They have become very popular among users with more modest economies and are particularly popular in Asian and Latin American markets, but have managed to make the leap to Europe in a short time, especially due to the crisis. Its feature? They have an M at the end of their name, but they are not standard models, they are adapted laptop graphics cards. Is it worth getting them or should we avoid them?

Top Chinese Origin Brands, but unknown to us JieShou or Soyo We can find less strange versions called AMD RX6600M, NVIDIA RTX 3060M or RTX 3070M. If you search among NVIDIA and AMD’s partners, you will find that these brands are nowhere to be found, so they may seem suspicious at first. Really? These companies are not lying, it’s about the graphics cards that AMD and NVIDIA GPUs have, but the big difference is that they are models for converted laptops.

What about AliExpress graphics cards?

We should start with graphics cards from AliExpress they are actually converted laptop models.. Let’s not forget that the desktop counterparts communicate with the PCI Express interface of the processor, the difference is that since they are on the same PCB, there is no slot to insert the card and they are wired directly through the card. itself. Laptop models run at much lower voltages and slower speeds. Let’s not forget that 150 W is already considered too much for a laptop graphics card.

In fact, they are the same chips used for desktop computers, but they are not accompanied by a complex cooling system and a firmware or graphics BIOS designed to work in a laptop. By using the PCIe interface and selling both the GPU and video memory in a single block, it’s easy to disassemble them and build a graphics card around them.

well, tgraphics cards for mining RIGsTo achieve the highest efficiency per watt, they reduce their consumption. Therefore, we are not talking about overburning your GPU and video memory. They simply ceased to be useful with the transition to Ethereum 2.0.

And why were portable ones used? Well, in the case of NVIDIA, due to the fact that these were not covered by the LHR at the time. That is, the official card assemblers and manufacturers working behind the scenes with the miner problem cleverly offered laptop chips, not mining-disabled desktop chips. That is, they sacrificed the sale of gaming laptops in exchange for temporarily making more money from the miners.

Is it worth buying a video card from AliExpress?

With the price of graphics cards skyrocketing, it is normal for the opportunity to launch these products on the market. In any case, their low price is due to the fact that the materials to build them were obtained at very low prices. It’s a sweet candy for economies that allow them to explode prices and therefore less vibrant. In any case, we are not the ones to tell you how to configure your PC and spend your money, we are just here to inform you about what these AliExpress graphics cards really are.

So why should we be suspicious?

No, not for the fact that they can burn, which they don’t. Imagine that they work in the most suitable conditions to work 24 hours a day, 7 days a week. However, don’t think you’re getting an affordable RTX 3070 by buying an RTX 3070M. If not, you’re paying for a lower product, as the model laptop they sell protects the hours. And the real problem starts here. 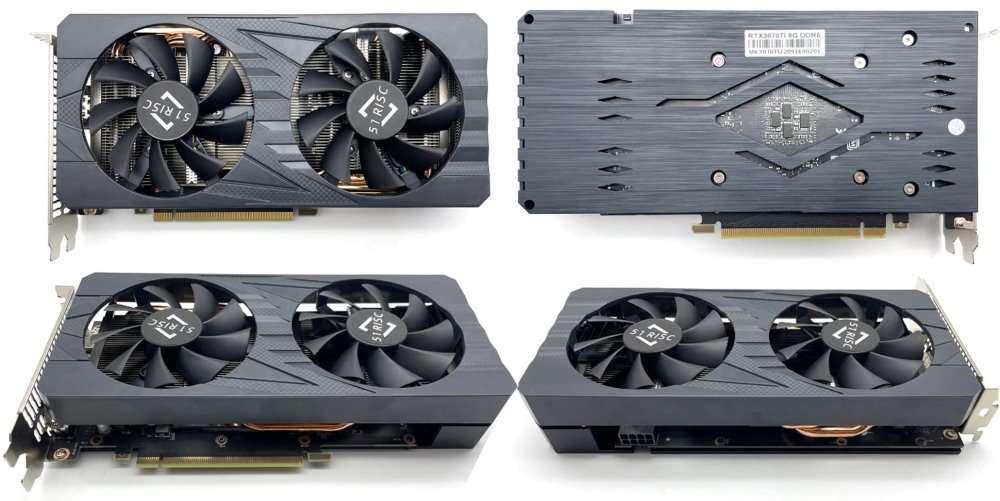 on laptops each model has an endless variety, because the laptop manufacturer can touch the GPU’s parameters while mounting it on their laptop through some tools NVIDIA and AMD provide to their partners. Like this, On the laptop market you can find models with 3070s that perform like the 3060M or worse Due to the fact that the TDP is cut. Judging from the fact that these graphics card installers buy models in bulk, we can see that we get different returns from the same shipment and model.

The other problem with AliExpress graphics cards is after-sales service. The drivers issue is a bit complicated because AMD uses common drivers for laptop and desktop GPUs, while NVIDIA does not. So you will have to take it into account. Although the biggest problem is the warranty. They don’t partner with GPU manufacturers and so if certain models have a driver issue, they won’t bother to fix it.